By Brian Brus
Published in The Journal Record

OKLAHOMA CITY – Jeff Bezdek’s latest house is pretty smart, able to adapt to it’s owner’s routines or time of day with dozens of changes at the flip of a single switch.

Being able to unlock the front door over the internet has a cost, however. Some of his customers are concerned about whether someone else could steal the electronic key.

“Oftentimes our clients have security concerns about access to home door locks, security cameras, and garage door openers. We take that extremely seriously” said Bezdek, principal of Vox Audio Visual in Oklahoma City. “Security is a huge issue for us. We not only want to protect the individual consumer but also increase the reliability of the product.”

That’s the new normal, according to the last consumer survey by consulting firm Deloitte. With nearly 264 million Americans using their mobile phones a billion times per day, mobile network technology is shaping work and home life. The Deloitte study found that smartphone market penetration reached 82 percent overall this year. The strongest growth in ownership for two years is among those 55 and older.

Consumers’ willingness to pay for connected car and connected home services is up across all categories, Deloitte reported, although the price is a significant issue. The largest increase in customer interest comes from those willing to pay no more than $10 a month.

As the idea of autonomously driven vehicles gains a cultural foothold – Oklahoma City’s own Mayor Mick Cornett has expressed interest in developing an artificially intelligent streetcar – the number of consumers who said they would never consider owning or riding in an autonomous vehicle has dropped since 2015, from 38 percent down to 28 percent.

Once those cars are parked at home, consumer attention shifts to concerns about security and privacy, which are also on the rise. More than 40 percent of respondents agreed that smart home technology reveals too much about their personal life, and about the same reported concerns of usage tracking. 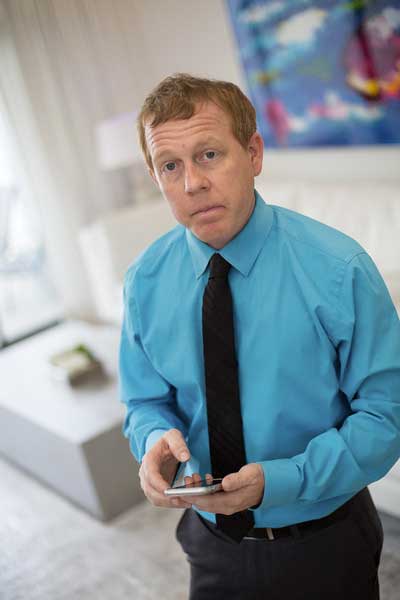 The survey referred to networked technology as the internet of things, or the IOT, representing access to more than just pages of information. Bezdek said his customers aren’t just asking for off-the-shelf products anymore; they expect him to solve new problems, like an electronically locked doggie door to control a pet’s egress on rainy days, or automatic coordination of lights, temperature, music and other elements for a party.

Bezdek’s company launched with church music projects, expanded to large public venues such as conference centers and then into homes as tech products evolved. His favorite puzzle lately has been window shades that rise from the floor to the ceiling. The homeowner wanted waist-high walls to convert to full transparency. A bottom-up approach meant the shades couldn’t make use of gravity.

“It was a real challenge to coordinate the motors so that they rose in synch around the room,” he said.

Bezdek said consumer concerns about security are answered by one word: Apple. He’s confident that the computer company’s encryption is the best on the market and provides seamless networking between things.

“On the Apple platform, we’ve never had a malicious incident,” he said. “Most of the problems we’ve had are related to Windows consumer-level products. …And even then, most malicious attacks aren’t targeted at accessing the end-user consumer, but rather to hamper other systems such as government or utility grids.”